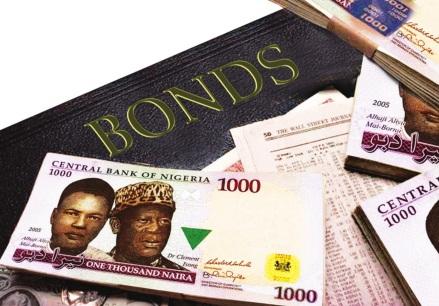 There are indications that the Federal Government may issue Nigeria’s first sovereign non-interest bond about the second half of the year. The development is expected to widen the domestic debt market.

To this end, a multi-agency committee to work out the modalities for the maiden sovereign non-interest bond has been set up. The committee includes the Debt Management Office (DMO), Securities and Exchange Commission (SEC), Central Bank of Nigeria (CBN) and Infrastructure Concession and Regulatory Agency (ICRA) among others.

A source in the know of the workings of the committee confirmed that the timeline for the issuance of the sovereign non-interest bond may be issued in the third quarter, which will then lead to the floatation of the pioneer issuance.

Non-interest bond, otherwise known as Sukuk bond, makes returns to the investors through sharing of profit or cash flow from the underlying asset with them in addition to redemption of the principal upon maturity. Nigeria currently has only one sub-national Sukuk bond issued by the Osun Sate Government. Two other states, Kebbi and Sokoto States have indicated interests in issuing Sukuk bonds.

The absence of a sovereign Sukuk bond to serve as benchmark for other government and corporate Sukuk issuance has been cited globally as a drawback for the growth of non-interest Sukuk bond market. Standard & Poor’s Rating Services (S & P) estimated that global Sukuk issuance could reach up to $55 billion in 2016.

SEC, the apex capital market regulator and DMO, which oversees Federal Government’s debt issue, had earlier outlined that within the context of continued decline in the prices of crude oil in the international markets, attendant drop in both foreign exchange and government revenues as well as fragility of growth from major emerging markets like China, the need for alternative sources of capital to finance infrastructure becomes increasingly more compelling.

Both government agencies agreed on the urgent need to begin mobilizing capital in order to address the nation’s investment needs noting particularly that issuing a sovereign Sukuk will attract significant amounts of affordable capital from the Gulf countries and other established Islamic markets around the world into Nigeria.

When the SEC released rules on sukuk issuance in 2013, the State Government of Osun took advantage of the robust regulatory framework to issue Nigeria’s first Sukuk in which it raised N11.4 billion.

According to the rules, eligible issuers of Sukuk include public companies including Special Purpose Vehicles (SPVs), State Governments, Local Governments, and Government Agencies as well as multilateral agencies.

COPYRIGHT © 2016. ALL RIGHTS RESERVED. ASSOCIATION OF ISSUING HOUSES OF NIGERIA