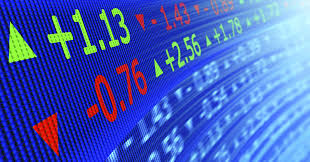 Capital market operators on Monday said they were seeking N200 billion intervention fund window from the Federal Government to boost the market’s liquidity.

The operators also called on the Securities and Exchange Commission (SEC) to restructure the N90 billion accrued unclaimed dividend to form another intervention fund for the market.

The N200 billion intervention funds, would be made available by the Central Bank of Nigeria (CBN) through the market makers according to them, will help to stabilise the market and hedge external shock.

Mr Oluwaseyi Abe, Acting President of CIS, said the market would not record any reasonable level of recovery if intervention measures were not put in place to check the unprecedented lull witnessed in the past few years.

Abe said that the market had depreciated by 21.25 per cent since the beginning of the year due to sell pressure and investors’ apathy.

“In other jurisdictions, government does one form of intervention or the other to stabilise the market,’’ he said.

Abe also called for the exemption of stamp duty on cost of transaction on the floor of the Nigerian Stock Exchange (NSE).

“Stamp duty will not drive participation of investors in the market because it is an added cost.

“Government is in difficult position currently, we have relied on oil in the past and government is looking inward to generate revenue.

“It is just an unfortunate development that we have a cash log of series of event happening in the country at the same time, otherwise, this is not the right time for such policy,’’ Abe said.

Also speaking, Mr Emeka Madubuike, the President of ASHONt, called on the government to access long-term fund through the capital market to finance the nation’s N2.2 trillion 2016 budget deficit.

Madubuike said that the market was capable of financing the proposed budget deficit for 2016.

He also added that government should support the market by buying and warehousing shares to stimulate the market as obtainable in other emerging markets.

COPYRIGHT © 2016. ALL RIGHTS RESERVED. ASSOCIATION OF ISSUING HOUSES OF NIGERIA